Sometimes we get code samples with hundreds of lines of code in iLogic where the last part fails. Even if it's not iLogic, it's still better to narrow down things to the specific function that is not working and create a test that focuses on it.

This will make it much easier for others to help you (e.g. on the forum) and might enable you to spot the issue with your code (if it's not a problem with the API itself)

The best is to do that in a programming environment that allows you to step through code and investigate the variables you are using. The simplest way for everyone to run your code in is VBA - if you create a .NET project (whether add-in or stand-alone app) not everyone has Visual Studio installed to run it, and if it's iLogic then you have limited debugging options.

I can just remove the last part about creating the KnitFeature object and run it: 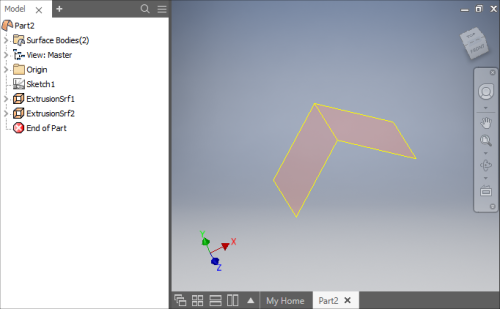 Now I have the geometry that the creation of the last feature needs, and can move the last part of the code into a separate VBA method that would only run the code that creates the KnitFeature:

As discussed in this blog post, this way you can also examine the various objects you are using - you might e.g. realize that you are trying to pass in the wrong objects to the function, or some parameters are not correct.

If you happened to find an issue with the API then it will make it much easier for us to verify the problem on our side :)

When it comes to debugging iLogic code, this might come handy too:
https://adndevblog.typepad.com/manufacturing/2014/08/debug-ilogic.html 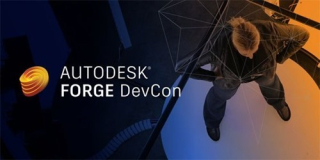 If you want to learn about all the new things we are working on then DevCon & AU Las Vegas are probably the best places for that.

Here is one class not to miss if you are writing Inventor add-ins and thinking of venturing into the cloud:
SD225601 - Bringing your Inventor Add-in into Forge Design Automation

I will also have a presentation on getting started with Next Generation Forge technologies:
FDC231764 - My First Forge Data Platform and Forge Services Application

Here you can register for both AU and DevCon:
https://forge.autodesk.com/devcon-2018#tickets